Greg Hicks has always loved being around food; preparing, cooking, and creating innovative presentations displaying different types of cuisine. In high school he got a taste of what catering small parties was like. When his parents’ friends hosted parties, they gave Greg the opportunity to run the kitchen and replenish food, giving him a small taste of what it was like to be a caterer. Days after Greg married Patsy, they moved to Charleston, South Carolina where Greg attended Johnson & Wales University. While at school, Greg dove a little more into the world of catering and worked at the College of Charleston where he catered for thousands for campus events as well as for presidential parties and dinners.
Greg and Patsy moved back to Tennessee, and Greg works in many different food service and culinary positions and was even asked to do catering on the side. While working for a major food distributor, Greg saw what caterers were buying and preparing, “I thought that there was a way where catering could be so much better than what I was seeing.” Through much prayer, Greg and Patsy decided to open up their own catering company. In February of 2001, Impressions Catering was born. Greg explained, “Our intention, like most startup businesses, was to still work another job while the business was growing; until the company was large enough to where we could support ourselves.” Impressions grew so quickly that two months, Greg was able to stop working elsewhere. The company has continued to grow over the past 19 years.
In 2008 and 2009, Impressions Catering began to feel the weight of the recession. The corporate business that sustained the company started to dwindle. This gave Greg and Patsy the opportunity to dig deep into focusing on weddings and doing more innovative displays and presentations. Greg said, “We rebranded and rebirthed the face of Impressions Catering.” As the company began to regain momentum, Greg had the opportunity to attend his first CaterSource conference in conjunction with the International Caterers Association in 2011. He came home from the conference with an arsenal of knowledge and a new burning passion to provide his clients with exciting food trends and innovative presentations. Over the years, Greg has become a part of the education team and even a presenter at the CaterSource conference, teaching caterers around the country how Impressions Catering is run. Not only is Impressions Catering striving locally, but the company has brought together many caterers from around the nation and Canada to learn first hand how to do things the Impressions Catering and Events way. I worked at a wedding last night where I had the pleasure of experiencing Impressions Catering & Events. Let me tell you, they sure did make an impression!
The staff was knowledgeable and kind, food was DELICIOUS, and the fact that they are basically the full package deal is pretty amazing.
I would suggest you look into them for your next big event❤️ 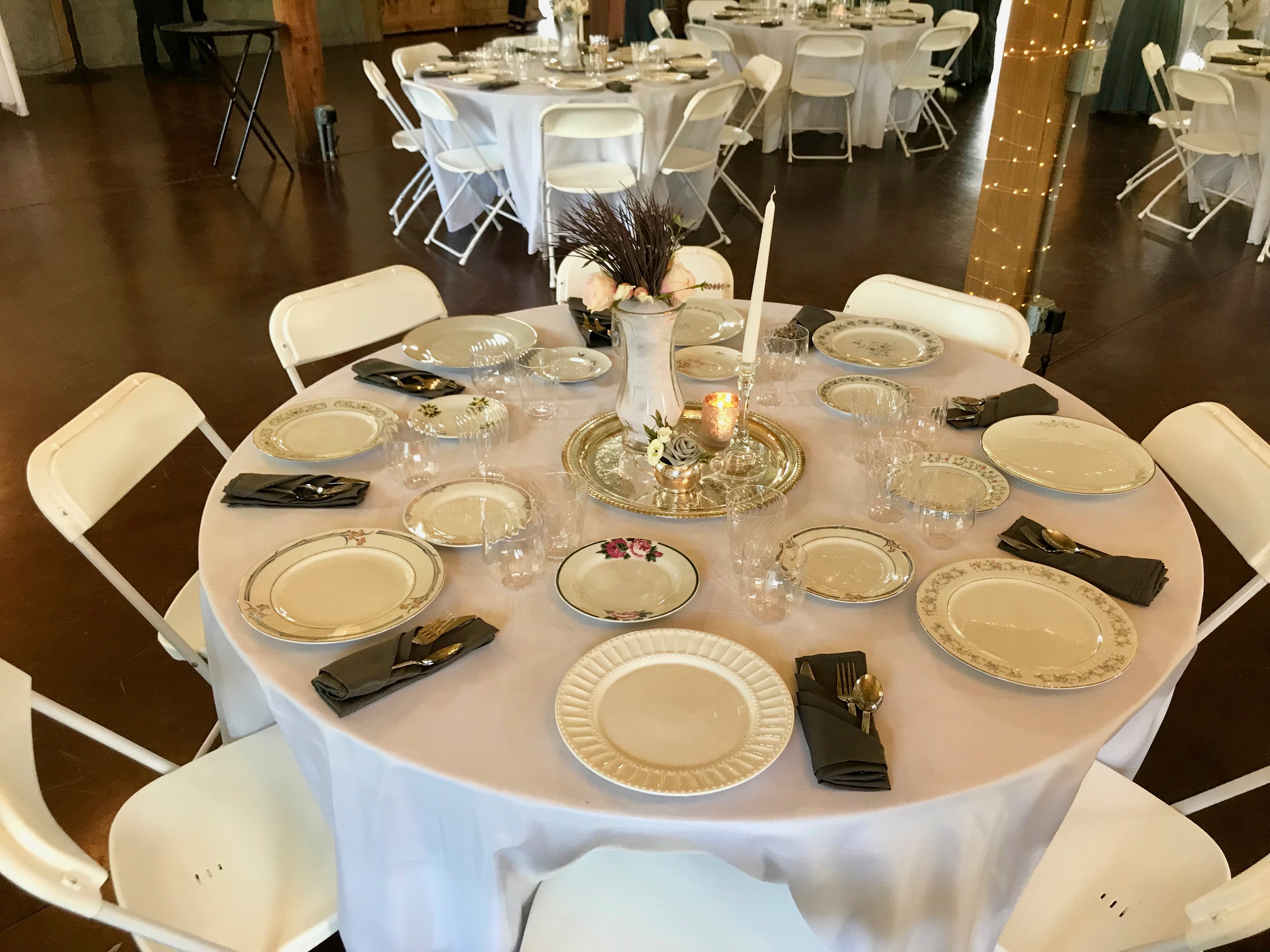 Impressions Catering was amazing for my wedding! The food was great, the service was great, the presentation was great, and the atmosphere was great. I didn’t have to worry about a thing during my wedding, and they served my husband and I our food so we did not have to get up with the crowd of guests for the buffet which was nice. The guests are still commenting on how great the bacon-wrapped shrimp and the chicken Florentine were, but all the food was amazing. I wish I got pictures of the food! If I do get any from my photographer, I will post here. Greg Hicks was nice enough to serve the cake I brought from an outside cake vendor which I really appreciate. There servers I interacted with were nice and helpful as well.

Prior to the wedding, Hannah Hicks was helpful and answered all my questions and concerns as needed. They helped make our food dream a reality, and I really appreciate all their effort – the food was awesome and the service was top notch; you should definitely hire them!